Why Should 37 Percent Speak for Us All?

Editor’s Note: The elections on November 6 are quickly approaching (along with the deadline to register to vote) and will no doubt shape the future of our nation and region for years to come. In honor of National Voter Registration Day, we asked Tram Nguyen, co-executive director of New Virginia Majority and Meyer Foundation board member, to discuss why voter participation is so important. As a longtime organizer, Tram has worked closely with communities and organizations working to mitigate the impacts of unjust systems every day. Below, she shares her perspective on the power of showing up and being heard on Election Day and beyond.

Organizations working directly with communities can encourage constituents to vote on November 6. They can start by making sure eligible voters know the registration deadline in Virginia is October 15, October 16 in Maryland, and October 16 in the District of Columbia with optional same-day registration.

The day I was sworn in as a United States citizen is the single most important day in my life to date. Proudly holding the American flag in my left hand, I raised my right hand and swore to support and defend the Constitution of the United States of America and all that she stands for. The right to vote, to choose our leaders, and to weigh in on issues affecting our lives is at the heart of what it means to be an American. On that warm August day almost two decades ago, I finally felt like a true American, able to fully participate in our democracy and contribute to our great country. From that day forward, I wake up every morning, asking myself, “what does democracy mean to me?”

My family’s journey to America started in 1981, when my father finally escaped after years of being held in a re-education camp for fighting on the “wrong side” of the Vietnam War. My parents were part of the second wave of boat people who risked their lives on the South China Sea in the hopes of a better future. My mother and father never had an opportunity to pursue their dreams – those were left behind on the shores of Vietnam. All they had was their hope – hope that they could at least provide their daughters with the freedom and the choice to pursue our dreams.

My dream is to wake up every morning and be able to truthfully and proudly answer that question of what democracy means to me, and then act on it. Democracy, to me, means to use your voice and your power to create a world where everyone, no matter who they are or where they come from, has an opportunity to succeed. I’m lucky that I get to live my dream every day, by working to encourage greater civic participation from those who traditionally haven’t had a seat at the table. And it’s imperative that individuals occupy those seats when the opportunity arises – for example, through voting.

Voting is how most of us have a say in who represents us, what issues they will address, and how they will address them. And yet every election, millions of Americans do not vote. In the last midterm election in 2014, less than 37 percent of eligible voters cast a ballot – the lowest turnout in more than 70 years. Some nonvoters believe that there is no difference between the candidates or parties from which they have to choose, or they don’t believe that government really cares what they think anyway. But when we vote, politicians pay attention.

Take Virginia, for example. The 2017 elections for state offices saw higher voter turnout than projected, particularly among African Americans, Latinx, and Asian American and Pacific Islanders. Virginia voters sent a clear message that access to affordable health care, both nationally and at the state level, was a top concern for them by voting for candidates who supported Medicaid expansion – all incumbent candidates who lost had voted against Medicaid expansion in the 2016 and 2017 legislative sessions. In the 2018 session, the Virginia state legislature responded by passing a budget with bipartisan support that included Medicaid expansion, providing health insurance coverage for up to 400,000 working class Virginians.

If we want to collectively address the systemic inequities that are deeply embedded in our policies, practices, and systems; if we want to create opportunity for the most vulnerable among us; then this midterm, the stakes can’t be any higher. The November midterm election is our next opportunity to choose the women and men who will represent us, who will make decisions about the future of public education, health care, infrastructure, and many more issues that impact our lives.

Let’s not allow just 37 percent of those who can vote decide for us all again. Let’s go to the ballot box and make our own choices, and then hold our elected leaders accountable after the elections. Because our future and the opportunity to fully realize and pursue our dreams depend on it. 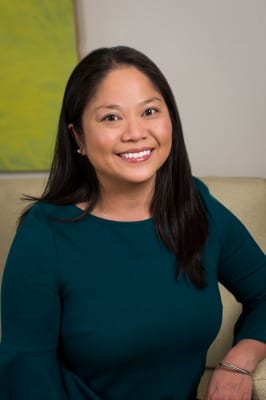