WASHINGTON, D.C. – Today, the Meyer Foundation announced that George L. Askew, M.D. will serve as the Foundation’s next president and chief executive officer, effective April 1. Dr. Askew brings decades of experience as a former pediatrician and leader in federal policy, local government agencies, and nonprofit management spaces. The appointment follows an eight-month executive search led by POLIHIRE, during which Vice President for Finance and Operations Janice Thomas led the organization as interim CEO.

Most recently, Askew served as deputy chief administrative officer for Health, Human Services, and Education for Prince George’s County, Maryland, responsible for oversight of the County’s Health Department, Department of Social Services, and Department of Family Services. He holds a Doctor of Medicine degree from the Case Western Reserve University School of Medicine and earned a Bachelor of Arts in psychology and social relations from Harvard University.

“I am honored to serve as the next president and CEO of the Meyer Foundation,” says Dr. Askew. “I look forward to continuing the important work the Foundation has been doing with its community partners across the region – work to support organizations and projects that build power to achieve a racially and economically just Greater Washington.”

Previously, Askew served as the first permanently appointed deputy commissioner of the New York City Department of Health and Mental Hygiene, overseeing the Family and Child Health Division. In 2010, Askew was appointed by the Obama administration as the first chief medical officer of the Administration for Children and Families in the U.S. Department of Health and Human Services, providing consultation on the development of initiatives and policies that addressed the health needs of children and families facing social and economic challenges. He also served as the deputy CEO and chief development officer for Voices for America’s Children and as founder of Docs for Tots, an organization that brings together children’s doctors and communities to foster healthy development and future success.

In addition to his longtime work advocating for children and families, Dr. Askew has received numerous accolades, including induction into the BMe Vanguard Fellowship for “remarkable Black men and women whose dedication to helping others has earned the trust of their peers and community,” and was named an Ashoka International Fellow, celebrating the world’s leading social entrepreneurs. He has contributed to several publications and peer-reviewed journals. He also serves as the board chair of HEAL Trafficking, a nonprofit network of multidisciplinary professionals dedicated to ending human trafficking and supporting its survivors from a health perspective.

“We are excited to welcome Dr. Askew to the Meyer Foundation,” says Bo Menkiti, chair of the Meyer Foundation board of directors and founder and CEO of The Menkiti Group. “Dr. Askew’s robust background and longstanding commitment to tackling the structural challenges that inhibit the vitality and well-being of the communities in which he has served make him uniquely positioned to lead the Foundation forward in advancing our mission and commitment to achieving a racially and economically just Greater Washington region.”

“I would like to thank Dr. Askew for his commitment and service to the citizens and residents of Prince George’s County. He was an essential part of ensuring we could deliver vaccines and testing to the residents of our County in an equitable way,” says County Executive Angela Alsobrooks. “His passion for child advocacy was also apparent as he began our efforts to become the first county in the nation to be designated as a Child Friendly County. We wish him well in his new position with the Meyer Foundation.”

Askew succeeds Nicky Goren, who set a course for the organization’s focus on racial equity and announced her decision to step down as the Foundation’s CEO in March 2021 after seven years in the role. 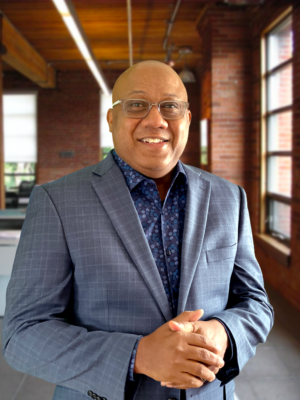