When Julian joined the Meyer Foundation in January 2016, we’d just begun our journey to center racial equity in our work. At the time, I don’t know that we fully realized how much the organization and we as Meyer staff would be transformed by this process. But, as Julian notes in his farewell message, Meyer is a different foundation today than the one he began working for six years ago.

Since Julian is a modest man, I’ll say something that he would never write himself in his farewell message: He played a critical role in the evolution of our work. He came to Meyer at the same time we were reorienting our work around jurisdictions (rather than issue areas) in the region. As the program officer for Maryland, he made connections in Montgomery and Prince George’s counties that Meyer had never had before. He helped Meyer develop a deeper understanding of the communities in those counties, of both their assets and their challenges, which made our grantmaking in both jurisdictions stronger. His talent for building deep and trusting relationships with grantee partners, which is the secret to his success, is driven by his deep-in-the-bones commitment to equity and justice and his belief that communities most directly harmed by racism have the solutions to inequities they face — if only we in philanthropy would take the time to listen and use our resources and power to support them.

We will miss Julian and his sense of humor. Luckily for us and for the community, he won’t be going far, as you can read below.

However, if I were the one leading that same training today, I would also address the extent to which foundations have the potential to, and perhaps need to, transform so much so that their former selves become nearly unrecognizable.

When I joined Meyer as a program officer, it was one foundation — relatively static, though effective, at continuing its 70+ year history of primarily funding direct service organizations. Reflecting on my decision to transition from my role as the Maryland partnerships and strategy director six years later, the Foundation seems wholly different, having completely shifted to adopting strategies focused on addressing the root causes that created and perpetuate the need for direct services, particularly for low-income, BIPOC communities. During my time at Meyer there was also significant organizational change and a global pandemic from which our region was not exempt. So, one might say that while at Meyer I, in fact, worked at two distinctly different foundations, albeit under the same name, “both” of which have had a profound impact on me personally and professionally.

I would like to think that as I depart Meyer and explore new opportunities, I’m doing so with a more seasoned perspective about the ubiquity of white supremacist culture and the numerous ways our society reinforces a hierarchy of human value. I would also like to think I have a better understanding of the immense challenges resulting from this perpetually reinforced hierarchy, and I embrace as motivation that these challenges are not merely inertia from our country’s past transgressions, but devastatingly intentional, openly aggressive, and unapologetic.

The more I learn and grow, however, the more I realize that I know relatively little. There are some days when optimism and strength-based thinking require effort, with the pull of deficit-based thinking and pessimism being the default, possessing a stronger, unyielding current from upstream forces. Far from unique, these feelings are often perplexing and discouraging but mostly humbling and motivating, strengthening my resolve to do more.

On this new radical journey, I hope current and future Meyer staff: allow themselves the grace and flexibility required of a learning, growing organization working in highly complex, dynamic spaces; increasingly rely on the fluidity of intuition shaped by lived experiences of the people most affected by racist polices; and never lose sight of the people and communities they work in service of and are ultimately accountable to.

It has been an honor and privilege working for the Meyer Foundation over the last six years. Meyer’s staff are among the most talented and thoughtful I’ve ever had the pleasure of working with, and Meyer’s grantee partners are deeply conscientious, effective, and efficient in their fight for racial equity.

Looking forward, I am excited to support Meyer in their work with guaranteed income pilots in the DMV. Additionally, I recently joined Georgetown’s Center for Public and Nonprofit Leadership as a visiting practitioner where, among other things, I will write about the intersection of guaranteed income and philanthropy.

Thank you all for your invaluable partnership and service. 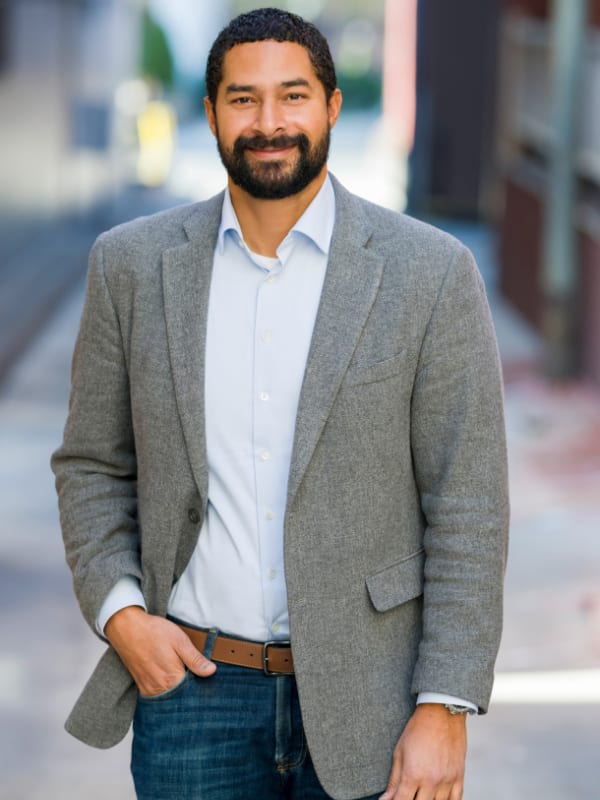