The board of the Eugene and Agnes E. Meyer Foundation, a private foundation in Washington, DC, elected Deborah Ratner Salzberg as chair of the board at its June 2, 2016 meeting.

A recognized leader in the Washington business community, Ms. Ratner Salzberg was named among the Washington Business Journal’s 2015 “Most Powerful Women in Washington” and the 2012 “Women Who Mean Business.” She has played a pivotal role in securing major mixed-use development projects for Forest City in the DC metro area, most prominently The Yards in the Capitol Riverfront district.

Prior to joining Forest City, she served as a trial attorney in the Civil Division of the U.S. Department of Justice. Ms. Ratner Salzberg received her bachelor’s degree from the George Washington University and her juris doctor degree from the University of San Francisco, and is a member of the California Bar.

“Debby will continue the tradition of active and engaged board leadership we have come to expect at Meyer,” says Meyer president and CEO Nicky Goren. “I am excited about partnering with her as we continue to implement our new strategic plan. Her knowledge of the business community and her passion for social justice will be invaluable as we bring more voices to the table to work to solve our region’s most pressing challenges.”

Established in 1944 by Eugene Meyer, an owner and publisher of The Washington Post, and his wife, the author and social activist Agnes E. Meyer, the Meyer Foundation is one of the Washington area’s oldest and largest locally-focused philanthropies. In December 2015, the Foundation adopted a new strategic plan and mission statement: to pursue and invest in solutions that build an equitable Greater Washington community in which economically vulnerable people thrive. 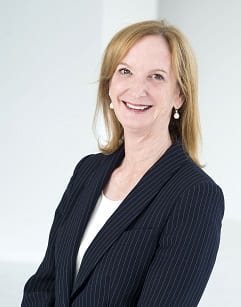