This post originally appeared in The Washington Business Journal.

Earlier this year, tens of thousands of children from Guatemala, Honduras, and El Salvador crossed the border from Mexico to Texas and turned themselves in to U.S. immigration authorities. This dramatic increase in the number of unaccompanied children crossing the border overwhelmed the immigration and court systems and received heavy media coverage.

Although no longer front-page news, the crisis at the border is now having a significant impact throughout the D.C. region—with repercussions for years to come.

Many of the children crossing the border were seeking to be reunited with families or relatives already living in the U.S. Our region has one of the largest Central American immigrant communities in the country, and since the beginning of the year more than 7,000 children have arrived here to live with their families while their cases are handled by the court system.

Most of these children were fleeing violence, abuse or violent threats in their home countries, which have among the highest murder rates in the world. Children whose mental health needs are not addressed won’t be able to adjust and thrive in our neighborhoods and school systems.

Our region is fortunate to have strong nonprofits that serve the Latino community (the legacy of a previous wave of Central Americans fleeing violence in the 1980s). These organizations—including Ayuda, Casa de Maryland, La Clinica del Pueblo, the Central American Resource Center, Latin American Youth Center, and Mary’s Center—are at the forefront of efforts to help the current wave of children fleeing violence.

Like most nonprofits, the organizations that serve these young people and their families were already stretched thin before the current immigration crisis. The sudden arrival of thousands of young people who need health and mental health services, legal representation, family counseling, and after-school programs—with no new funding to provide these services and a shortage of trained staff and volunteers who can do the work—is pushing these organizations to their limits. As a result, many needs are going unmet.

Over the past month, the Meyer Foundation has increased grants to groups that work with children fleeing violence. And we have created a fund at the Community Foundation for the National Capital Region for donors who would like to offer immediate support.

The crisis at the border is far from over, and its long-term impact on our region is only just starting to become clear. These young people are here in our community, attending our schools and living in our neighborhoods. Ensuring that they are healthy and safe, and that they receive a fair hearing under current immigration law, is not a political issue—it’s the right response to a humanitarian crisis and a moment for our region to come together to ensure the well-being of these children, their families, and our communities. Failure to act will simply prolong the cycle of violence and poverty that created the crisis, and hurt all of us in the long-run.

Nicky Goren is president and CEO of the Meyer Foundation, which awards grants to organizations working to create improvements for low-income residents in the region. 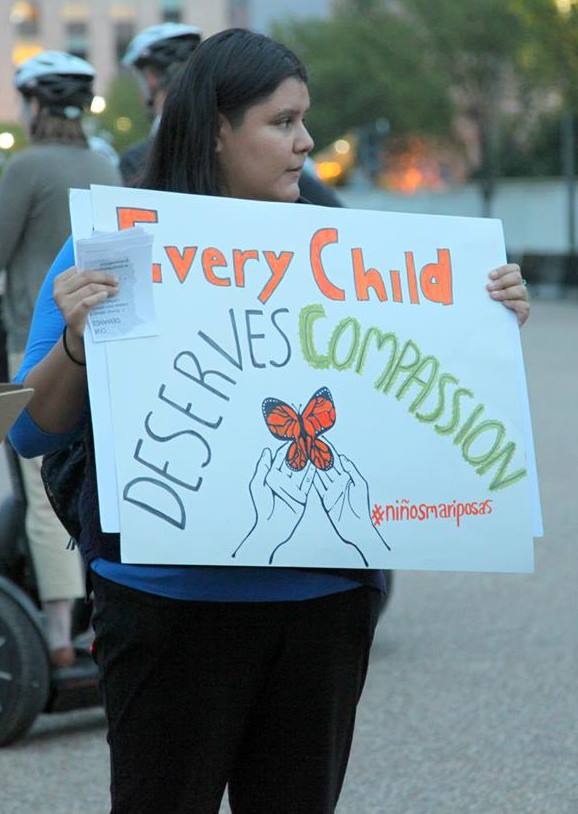