Black History is Our History

When I was about 8 years old, my family accidentally visited a black church.

I say “accidentally” not because we wouldn’t have gone if we’d known, but because our visit was unintentional. We were spending the weekend with my aunt and uncle, who lived a few hours away and had just moved to a new house. My uncle had noticed a Seventh-day Adventist church along his commute, and suggested we visit.

We arrived on Sabbath morning to a gracious welcome.

Despite the warm greetings, I was mortified. I immediately got squirmy and asked if we could leave. But my parents were adamant. We. Would. Stay.

I’d like to think my mortification wasn’t rooted in prejudice, but in retrospect I’m sure that things I’d been hearing all my life from people other than my parents helped shape my reaction.

Mostly, though, I felt like I was somewhere I wasn’t supposed to be, experiencing something not intended for me. That church service was the first time I’d been in a room where white people weren’t the overwhelming majority. The rituals of the service were familiar yet jarringly different for an eight-year-old. Being there made me anxious. For the first time in my short life, I felt like an “other.”

I was strongly reminded of that childhood experience when the National Museum of African American History and Culture (NMAAHC) opened this fall on the National Mall. I love museums and history and was eager to go—although not eager enough to be among the first to order tickets online. Friends, both black and white, kept asking whether I’d gone yet.

That happened so many times that I began to wonder what was holding me back. I’d been telling myself that surely many African Americans wanted to go even more than I did (it was their museum and their history, after all). Tickets were hard to come by, and those most enthusiastic about going deserved the first shot. I’d go later, after the rush died down.

Please know that I understand the many, many problems with that rationale, including but not limited to my stance of faux politeness. The most troubling aspect for me, though, was realizing that the same factors at play during my first visit to a black church more than 40 years ago were still part of my subconscious. I was viewing the NMAAHC as an experience not really intended for me, and perhaps as somewhere I didn’t belong.

As soon as I understood this, I decided to go sooner rather than later. I put out an appeal on Facebook, and a friend offered a ticket.

On that first visit, I focused on the history galleries, which begin on the lowest level with the 15th century context for Europe, Africa, and North America and continued through the founding of the United States, the Civil War and Reconstruction, and the Civil Rights Movement. I saw Harriet Tubman’s lace shawl and Emmett Till’s casket as the galleries climbed toward higher ground.

Most challenging for me personally was the section on Jim Crow in the early 20th century, because I hadn’t fully understood the degree to which those laws had sought to recreate the conditions of slavery in all but name. I also recognized the South in which my grandparents and parents were born—an era I’d always thought of as the distant past but which suddenly seemed not that long gone as I walked through a recreated lunch counter and a segregated rail car.

Visiting the NMAAHC helped me understand how shallow and superficial a treatment black history had been given in the history classes and textbooks of my childhood. I knew nothing about the cultures and civilizations of Africa from which millions of people were kidnapped and brought to North America. I knew little about the history of the abolitionist movement, and until a few years ago I’d never fully understood what was meant by the Great Migration.

Yet all those things and more are an inextricable part of the American story. Black Americans were here before the country was founded, shed blood for our independence, and contributed to enduring institutions and a distinctly American culture.

I agree with many who have called the NMAAHC sacred space, but I believe it’s sacred space for all of us. Visiting was a reminder that black history cannot and should not be relegated to a single month. In celebrating black history, I am neither a guest nor a tourist. I am an American, and black history is our history, all year round.

Rick Moyers is vice president for programs and communications at the Meyer Foundation. 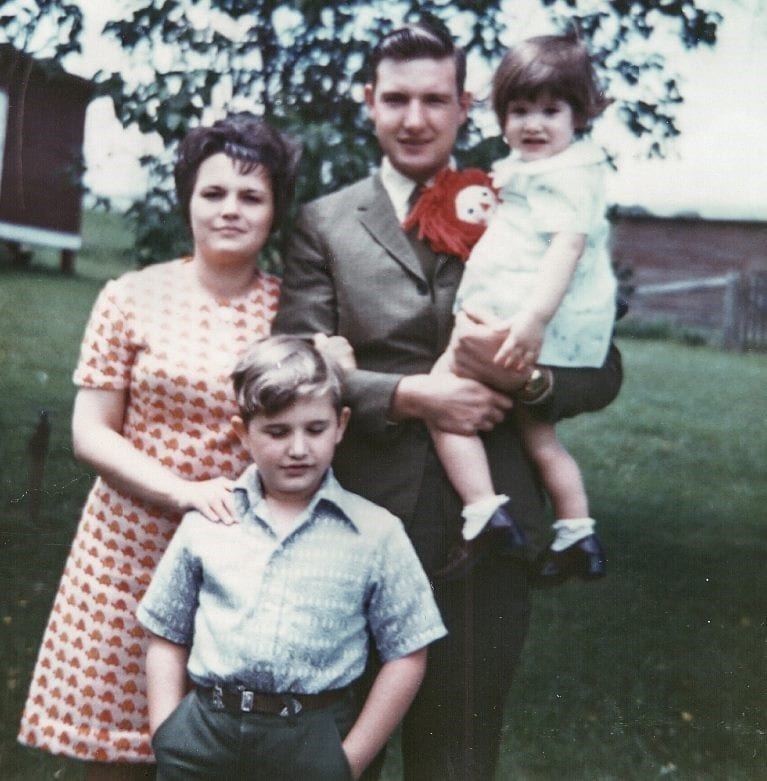