The Julie L. Rogers Sabbatical Program launched in 2014 to celebrate the legacy of the Meyer Foundation’s outgoing president and her 28 years of leadership. Created to “replenish the stores of energy and inspiration” in executives of Meyer grantee organizations, the program is designed to support leaders who may be in danger of burnout and to strengthen the capacity of future executives at the organizations they lead. The benefits of sabbatical grant support are well-documented, and as a 2016 sabbatical grant recipient, I can speak to those benefits firsthand. The great impact of my experience motivated me to serve on the Meyer Foundation’s 2018 sabbatical selection committee, along with Meyer board member Winell Belfonte and former board member Kerrie B. Wilson.

At The Commonwealth Institute for Fiscal Analysis (TCI) where I am the founding president and CEO, we use research and analysis to advance policy change that will improve the well-being of Virginia communities. Advocacy work is a 24/7 endeavor in which you must be responsive to the ever-evolving environment and issues around you. The past 12 years working on key issues – like the expansion of Medicaid in Virginia – is both rewarding and taxing. If I had only one word to summarize the greatest gift that came out of my sabbatical experience, it would be time. With three months to step away from my role at TCI, I was able to take the time I needed: time with my wife and children, time with my family, and time to myself. Working in the nonprofit advocacy space, I needed to renew both my mind and my spirit.

I didn’t arrive at any grand new insights into my work while I was on sabbatical. I didn’t discover some new silver bullet that will advance policy change to improve the lives of low-income families in Virginia. Rather, I came back with a sense of confirmation that I am doing work that is important and that we are pursuing the right strategies at my organization. I have the renewed energy to continue to pursue a better Virginia. My colleagues at TCI, however, did arrive at new insights in my absence. The time allowed them to understand more of what I was doing and how we could all strengthen our work together. We restructured my role and created a new senior vice president role at TCI after my sabbatical because of those insights. And things couldn’t have been timelier: in 2017, a new window of opportunity for Medicaid expansion opened in Virginia and we were poised to push through it, refreshed from a period of rest and strengthened with more aligned roles throughout our whole organization.

Leaders engaged in heavy-handed work – as fulfilling as it may be – need the gift of uninterrupted time to reinvigorate themselves and their work. The teams they lead need space to innovate and allow new leaders to emerge and grow. Having the support to step away proved invaluable to me and the organization I lead. In the program’s third year, I’m thrilled to share the three organizations and their executive directors who will also have the opportunity to experience what TCI and I did through the Julie L. Rogers Sabbatical Program.

The following organizations will receive Julie L. Rogers Sabbatical grants of $50,000 to support the costs of a three- to four-month sabbatical for their executive director, professional development for emerging leaders on their teams, and a stipend to compensate an interim leader:
Valarie Ashley, Executive Director, Southeast Ministry
Valarie is the executive director of Southeast Ministry, a grassroots social justice ministry of the Lutheran Church of the Reformation that develops culturally sensitive education programs that address the root causes of social problems such as poverty, illiteracy, and violence. Since 2009, she has worked to oversee the strategy and long-range plans for the organization. Valarie was a member of the 2014 Leadership Greater Washington Signature Program and is a 2012 Washingtonian of the Year. She is a founding board member of The Work Place DC, a treasurer of the Skyland Workforce Center advisory board, and a steering committee member of the DC Adult and Family Literacy Coalition. She holds a bachelor’s in sociology from Boston University and studied clinical psychology at The George Washington University.

Maureen Dwyer, Executive Director, Sitar Arts Center
Maureen is the executive director of Sitar Arts Center, a creative youth development program providing transformational arts experiences for underserved youth in Washington, DC. During her tenure, the Center grew from a small afterschool program to a year-round visual, digital, and performing arts education program with 950 students. In 2016, Maureen led a real estate acquisition and capital campaign to expand Sitar’s vision and scope. She co-leads a strategic alliance of Ward 1 nonprofits committed to working together to eliminate the cycle of intergenerational poverty. Maureen is a member of the Leadership Greater Washington Class of 2014 and served on the Board of DC Alliance for Youth Advocates. Previous careers as a performing artist and early childhood educator shape her convictions that the opportunity gap for youth from low-income homes must be closed. Maureen holds a bachelor’s in drama from Catholic University of America.

Parisa Norouzi, Executive Director, Empower DC
Parisa is the co-founder and executive director of Empower DC, a city-wide grassroots organization committed to building the power of low-income communities of color to create long lasting, positive change. Since 2003, Parisa has led successful campaigns to fund affordable child care, reform the city’s use of public land, promote environmental justice, and save deeply affordable housing. That work included stopping a polluting bus depot from being located at the historic Alexander Crummell School, an important landmark to the Ivy City community where Parisa has recorded previously undocumented community history. She is a founding member of the Ella Jo Baker Intentional Community Cooperative, an affordable housing cooperative for community activists. Parisa graduated with honors from Marlboro College in Vermont with a degree in environmental policy and interest group politics and holds a master’s in community economic development from Southern New Hampshire University. 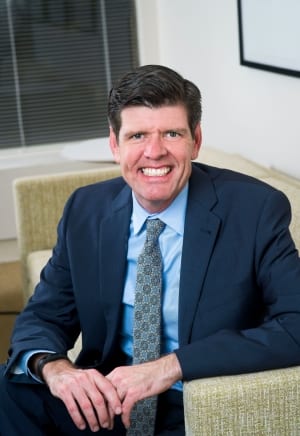