Last week, the Meyer Foundation and the Consumer Health Foundation (CHF) convened community members, advocates, and policymakers in the District to unpack the findings of the new Urban Institute digital feature, A Vision for an Equitable DC. The report, commissioned by Meyer and CHF, takes an in-depth look at the state of equity among the District’s black, white, and Hispanic residents using ward-level data.

A Vision for An Equitable DC examines census data around income and assets, employment, education, health, and housing to compare the current reality of racial inequity for DC residents with a vision for what equity would look like.

The data reveal stark differences by race and ethnicity in each area. For example, more than 80 percent of black children and 22 percent of Hispanic children in DC live in poverty, while the number of white children living in poverty is statistically zero. Further, the unemployment rate for black DC residents is more than 5.5 times that of white residents, and double that of Hispanic residents.

In an equitable DC:

Without DC’s stark racial inequities, the city could be a more prosperous and competitive place. According to the National Equity Atlas, if people of color earned the same as their white counterparts, the city’s economy would have been more than $65 billion larger in 2012.

Meyer CEO Nicky Goren discussed the causal relationship between racism and poverty, noting that challenges faced by people with low incomes in the region affect people of color at disproportionate rates, and are rooted in a history of structural and systemic racism.

“What we are talking about,” she said, “is the dismantling of structural racism that is embedded in all our systems.”

The release of the digital feature and accompanying event are part of a larger initiative aimed at better engaging members of the community in developing and advocating for policy solutions that reduce inequity. In 2017, Meyer and CHF will hold additional community conversations for nonprofit leaders and DC residents to discuss solutions to advancing racial equity.

You can access the digital feature, A Vision for an Equitable DC, here. You can also find highlights from the event on Twitter using #DCinColor. 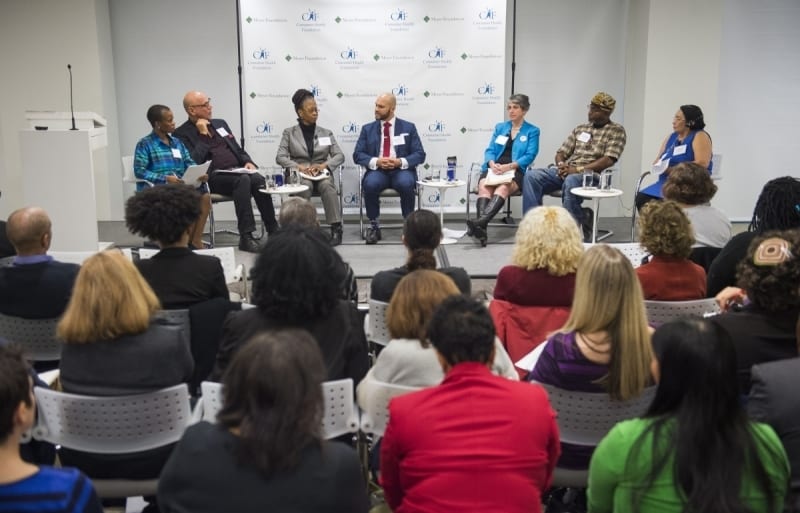